Google Images has a new feature called Search by Image that lets users search the web using an image. The feature was added a few days ago and is described on Google’s Inside Search site.

To test the feature I tried to recall a time when I was unable to find additional information about an image. This has happened a few times while browsing photography and image sites, where an image’s source is sometimes not cited. However, since I didn’t save links when this occurred, I tried to recall other images that I found on the web for which I was unable to find additional information. I remembered the following video on YouTube, which plays a slide show of images to The xx’s song Intro.

The first time I saw this video, I was curious about the image at 1:20 into the video. I tried contacting the user who uploaded the video, but I was only able to find out that the image was from deviantArt and no longer accessible. I noticed in the comments that other YouTube users also sought information on the image. Although there is nothing very specific in the image that I could use in a search query, I remember trying to find the image using Google, and I probably used queries containing the keywords nails, eyes, face paint, and other keywords that ultimately did not lead me to the information I sought.

Yesterday, I captured the relevant image from the video and used the Search by Image feature to search Google Images. All I had to do was drag the image file from my desktop to the query box. 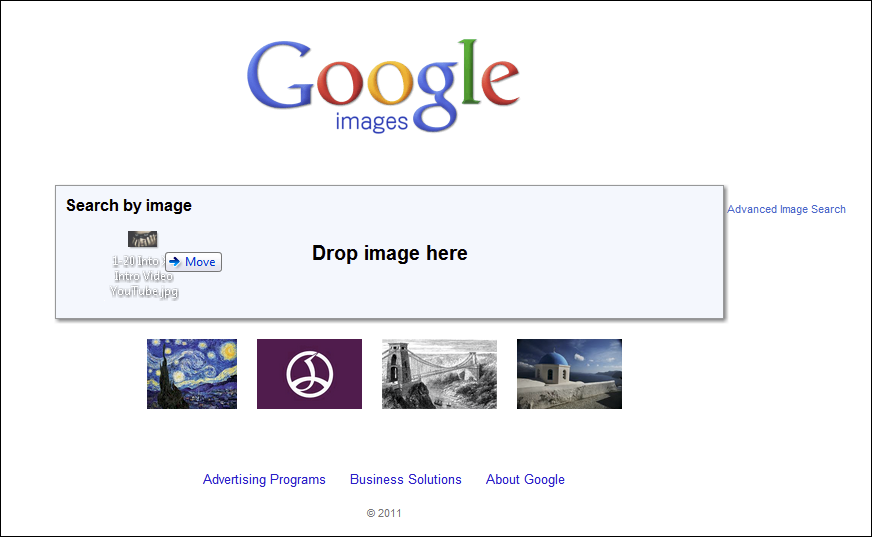 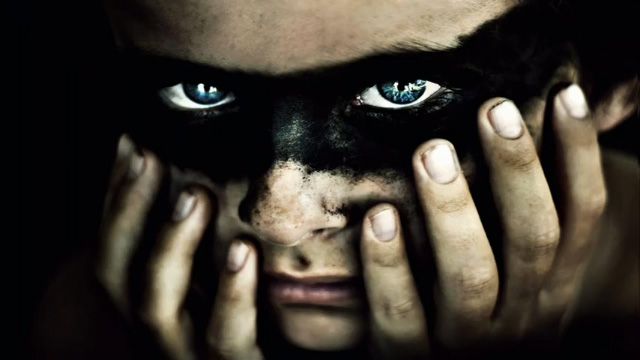 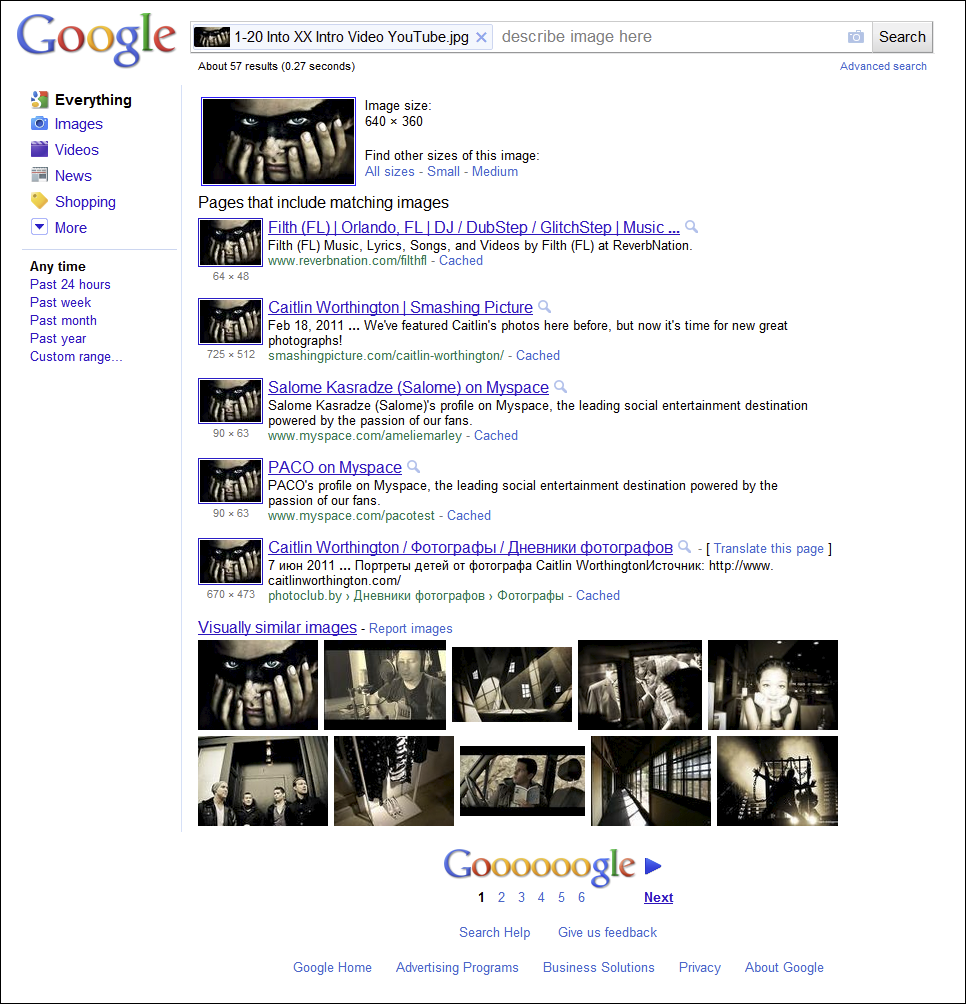 My first experience with Search by Image was positive. The feature was useful for obtaining additional information on an image that I found in a YouTube video, and I believe that I will have additional reasons to use this feature in the future.

One reply on “Google Images Search by Image”