Update 11/4/2019: The github repo was renamed from PyFactorizationMachines to pyfms.

Update 4/20/2017: The library is now available on PyPI, the Python Package Index. It can be installed with pip.

A Factorization Machine (FM) is a predictive model that can be used for regression and classification (Rendle 2010). FMs efficiently incorporate pairwise interactions by using factorized parameters.

Here’s a quick-and-dirty implementation of Conway’s Game of Life.

Cells can be selected/deselected by clicking and dragging your mouse. The interface and display were designed for use with a desktop/laptop computer, not a touchscreen mobile device. That is, cells can’t be selected by swiping (but tapping works).

The default selected cells spell my first name, daniel. After selecting cells, click Start to begin the game of life.

The source code is available here (use your browser’s view source).

Matrix factorization algorithms factorize a matrix D into two matrices P and Q, such that D ≈ PQ. By limiting the dimensionality of P and Q, PQ provides a low-rank approximation of D. While singular value decomposition (SVD) can also be used for this same task, the matrix factorization algorithms considered in this post accommodate missing data in matrix D, unlike SVD.

For exploratory work, it would be great if the algorithm could be implemented in such a way that the gradients could be automatically derived. With such an approach, gradients would not have to be re-derived when e.g., a change is made to the loss function (either the error term and/or the regularization term). In general, automatically derived gradients for machine learning problems facilitate increased exploration of ideas by removing a time-consuming step.

Theano is a Python library that allows users to specify their problem symbolically using NumPy-based syntax. The expressions are compiled to run efficiently on actual data. Theano’s webpage provides documentation and a tutorial.

and Q must be

(where D is an

matrix). Additional parameters specify the number of iterations, the learning rate, and the regularization importance.

hosted with ❤ by GitHub
END_OF_DOCUMENT_TOKEN_TO_BE_REPLACED

Auto Highlight is a Chrome extension that automatically highlights the important content on article pages.

Here’s a link to the extension:
https://chrome.google.com/webstore/detail/highlight/dnkdpcbijfnmekbkchfjapfneigjomhh

The source code is on GitHub:
https://github.com/dstein64/highlight

After installing the extension, a highlighter icon appears in the location bar. Clicking that icon highlights important content on the page. 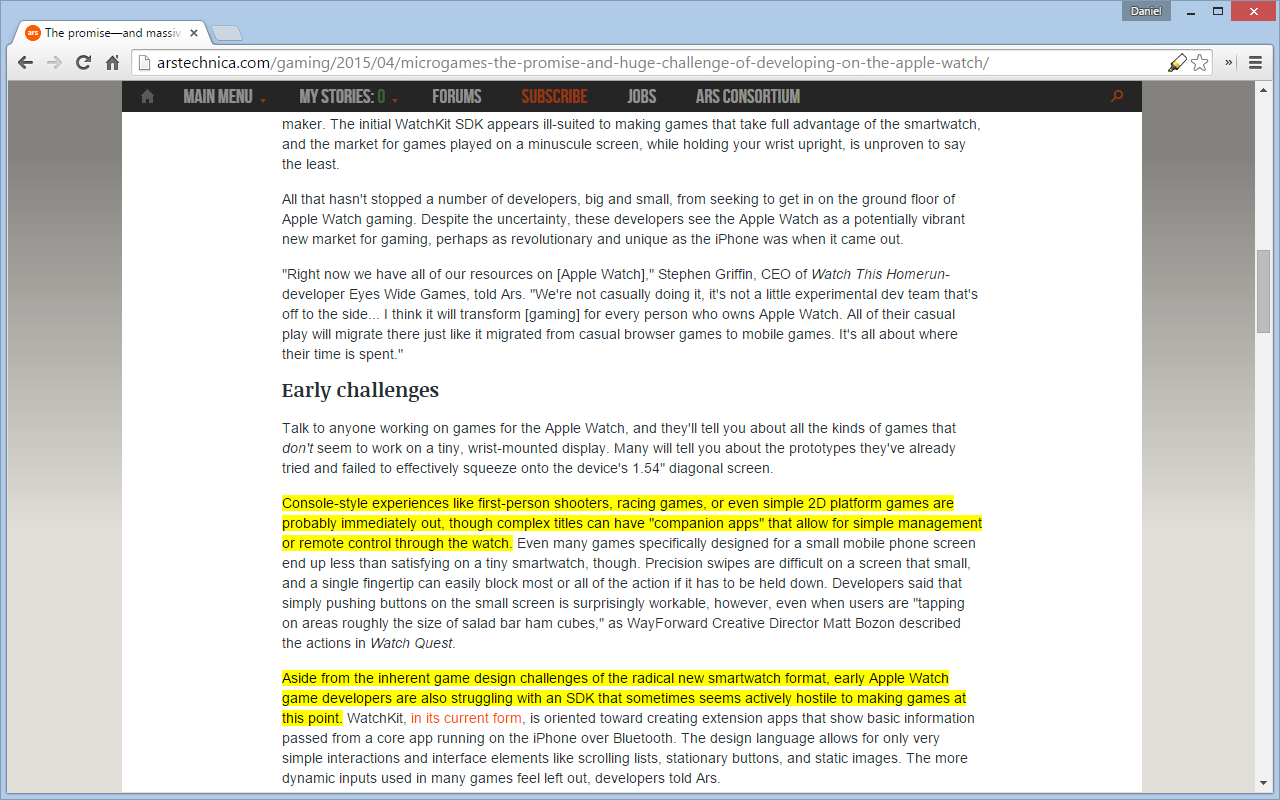 END_OF_DOCUMENT_TOKEN_TO_BE_REPLACED

Update 11/7/2019: The github repo was renamed from PyAnchorGraphHasher to aghasher. The library is now available on PyPI, the Python Package Index. It can be installed with pip.

I was recently collaborating on a project that relied on hashing (where I’m referring to “hashing” the same way it’s used in locality sensitive hashing, as opposed to its more conventional usage). One of my contributions was an implementation of Anchor Graph Hashing (AGH) [1] in Python. The code was integrated into the project, but I’ve uploaded the AGH module to its own separate GitHub repository.