This post explains what I’m referring to by color coded bash prompt, why it is useful to have one, and presents an implementation.

When running multiple terminals at the same time, with some connected to remote machines and/or running as root, color coding makes it easier to keep track of the sessions, and may help prevent inadvertently entering a command as root or on the wrong machine. 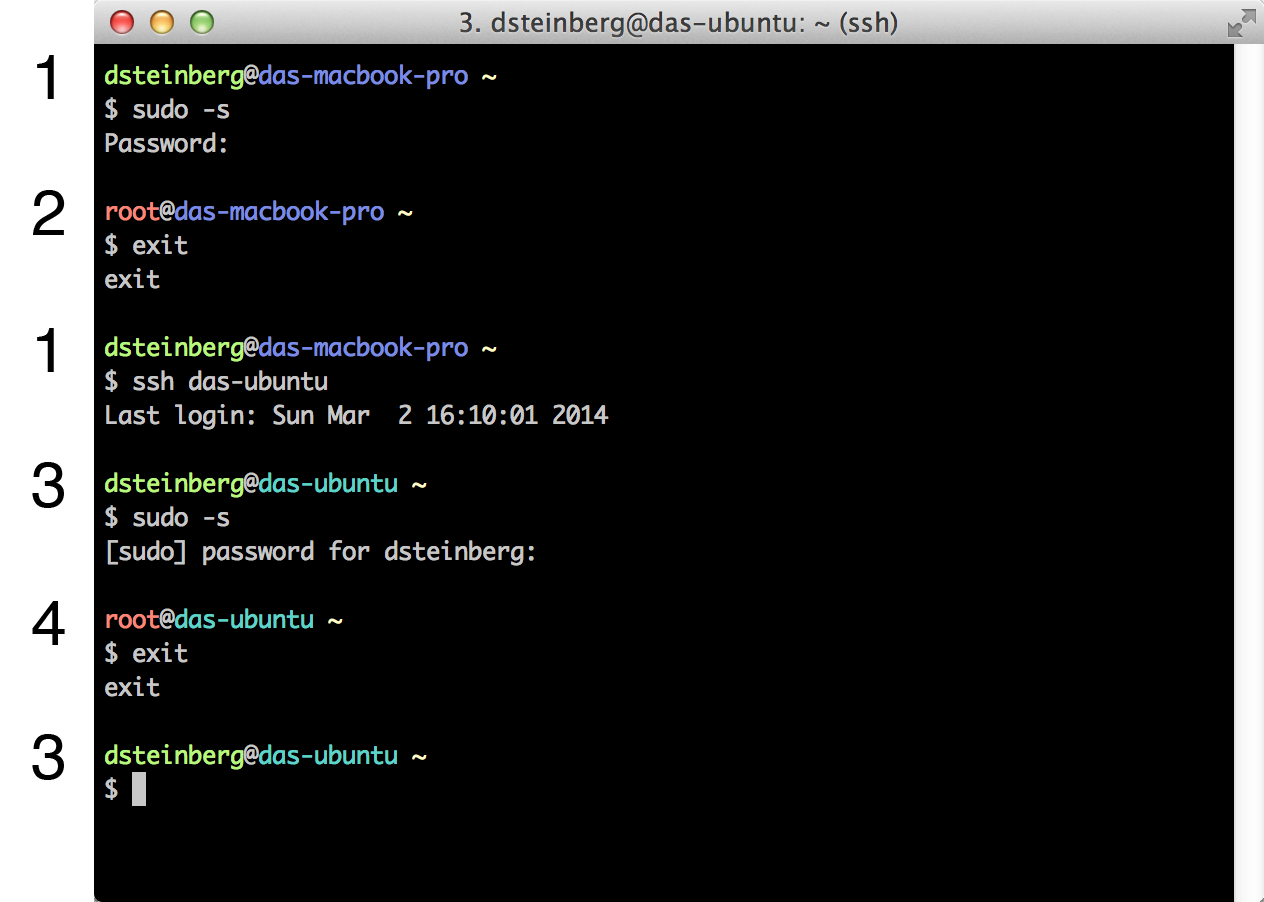 Color coding can be added by putting the following snippet of code in your non-root user’s .bashrc, both locally and on remote machines. In the session shown in the image above, sudo -s was used to become root. Using sudo su would not have worked unless the code was also added to root’s .bashrc or to a global bashrc. By switching to root with sudo -s or sudo bash instead of sudo su, root’s shell will contain the environment provided by the user’s .bashrc.

hosted with ❤ by GitHub